Traditional Screeds Vs Anhydrite: Which Are Best?

If you are working on a new build project of any description in Worcestershire, you will doubtless want some form of screed laid on to the base concrete floor. There is no law that says that you have to have a screed laid, but the fact is that they are extremely useful when it comes to levelling uneven floor structures before the final flooring, whatever it may be, is laid.

Traditionally, a screed was laid by mixing sand and cement on site and trowelling it on by hand, and this is still done. However, although sand and cement are still used, mixing it with a cement mixer on-site results in a screed which will differ from one point to the next, so many contractors now have the screed pre-mixed and delivered to site by the supplier which results in a material of more even consistency.

However, over the last few years, definite inroads have been made into screeds by the application of liquid screeds which are composed of gypsum. Some confusion can arise here because these are also known as calcium sulphate screeds and anhydrite screeds, but they are all much the same thing. The most important ingredient is anhydrous (dry) calcium sulphate which, when mixed with water, becomes gypsum and is the binder. It is now estimated that 20% – 25% of all screeds that are laid are liquid screeds of the type that we install at UK Screeds. 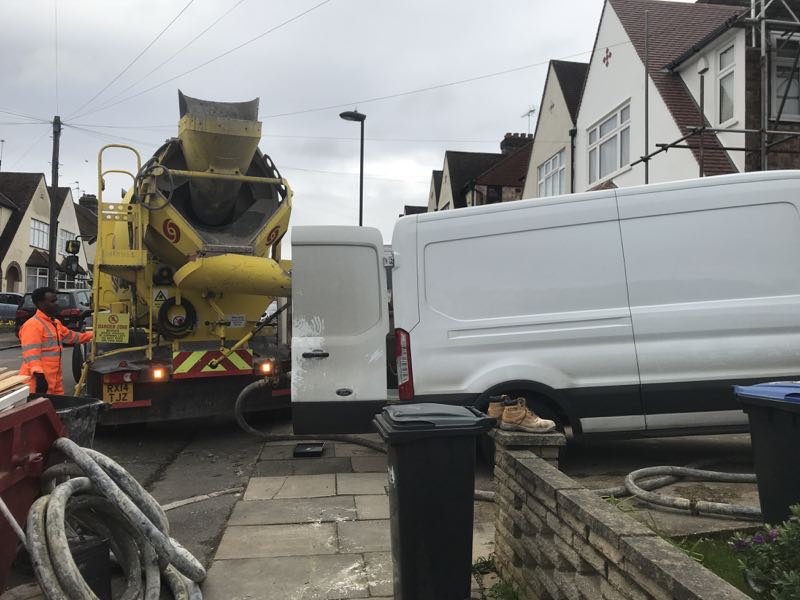 Another very big advantage of liquid screeds is a simple fact that they are liquid. We deliver the material ready-mixed to site and install it by using a pump and a hose. This is so much faster than trowelling on sand and cement by hand. In fact, it has been calculated that a liquid screed can be laid around 20 times faster, so there is a huge saving on labour costs. Our expert teams can lay as much as 2,000 square metres in a single day.

Furthermore, Screeds that we use at UK Screeds, although liquid, will be dry enough for foot traffic in 48 hours or even less, so there is virtually no hold-up for other contractors who need to work on the site. In addition, our liquid screeds can be laid thinner than sand and cement, so there is a saving on the cost of the material. Even when laying over underfloor heating, the depth needs to be no more than 45mm in total – 30mm over the top of the pipes. This has the effect of saving weight as well. Yet another advantage of our liquids screeds is that they have very low shrinkage, and do not curl, which minimises the possibility of cracking.

Of course, nothing is perfect, and if there is a downside with liquid screeds it is that, as they dry, they produce a layer of laitance on the surface, and this must be removed before laying the final floor. We do this by sanding the screed somewhere between 7 – 10 days after it has been laid. Problems can arise if the laitance is left for longer than this as it can harden and become more difficult to remove and it can also hinder the drying process.

If you need sanding in Worcestershire, or anywhere else in England and Wales for that matter, you might ask if you can undertake this yourself, and the answer is that you can. In fact, we can even hire you one of our specialist sanding machines if you want to take the DIY approach.

However, as with many other things, it is often best to use a specialist such as ourselves. Our teams have the experience to ensure that the screed is sanded perfectly, which is what you need for laying the final flooring. This will ensure that the floor has the maximum life and will not have any problems with tiles, for example, lifting off. For the small additional cost, it is well worth it to get it the right the first time.